There are a number of failure mechanisms that contribute to the overall device failure rate:

Electromigration (EM) can lead to interconnect failure in an integrated circuit. It is characterized by the migration of metal atoms in a conductor along the direction of the electron flow. EM causes opens or voids in some portions of the conductor and corresponding hillocks in other portions.

Time Dependent Dielectric Breakdown (TDDB) is caused by defect generation and accumulation that reaches a critical density in the oxide film.

Hot Carrier Injection (HCI) occurs in both nMOS and pMOS devices stressed with drain bias voltages. High electric fields energize the carriers (electrons or holes), which are then injected into the gate oxide region. Like NBTI, the degraded gate dielectric can then more readily trap electrons or holes.

Simulating these types of failure mechanisms can be time consuming and challenging, which is why we developed Sherlock Automated Design Analysis™ Software. Unlike any other product on the market, Sherlock uses the same actual design files to model and simulate the electronics for Physics of Failure testing and analysis. The automated process accurately predicts reliability and improves product performance using real world applications, allowing engineers to focus on enhancing products and eliminating inefficient rework and costly testing cycles.

To learn more about creating realiability test plans specific to your applications, click the button below. 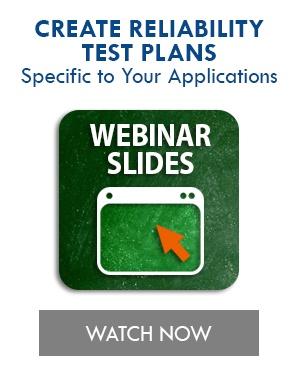