How to Achieve High Reliability in Automotive Applications

Using trial and error to determine and verify product reliability is a dated methodology. The Design-Build-Test-Fix (DBTF) approach is time-consuming, costly and makes engineers reactive instead of proactive in pursuit of reliability – a detriment to automotive electronics and other applications that must meet the functionality and lifespan expectations of an increasingly demanding consumer base.

While DBTF is traditional, it isn’t the only option. Science-based Physics of Failure (PoF) empowers automotive designers, engineers and manufacturers with science-based reliability testing that consistently optimizes outcomes without unnecessary time and expense.

This mono-focus testing is shortsighted in that:

Physics of Failure (PoF), or reliability physics, is reliability science for the next generation. PoF leverages the power of computer modeling to test product reliability in the design phase – before prototyping – so failure risks can be addressed more quickly and at a fraction of the cost of DBTF methods.

Leveraging the sophistication of reliability physics, software and virtual tools give PoF-based reliability assessments their power:

High reliability in automotive electronics and other applications isn’t just an aspiration – it’s a necessity. Powerful tools like Sherlock Automated Design Analysis™ software help design and reliability engineers achieve it consistently, in less time and at less cost than DBTF. Learn more in Introduction to Design for Reliability. Click the button below to download your free copy. 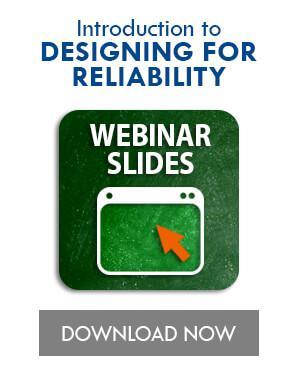